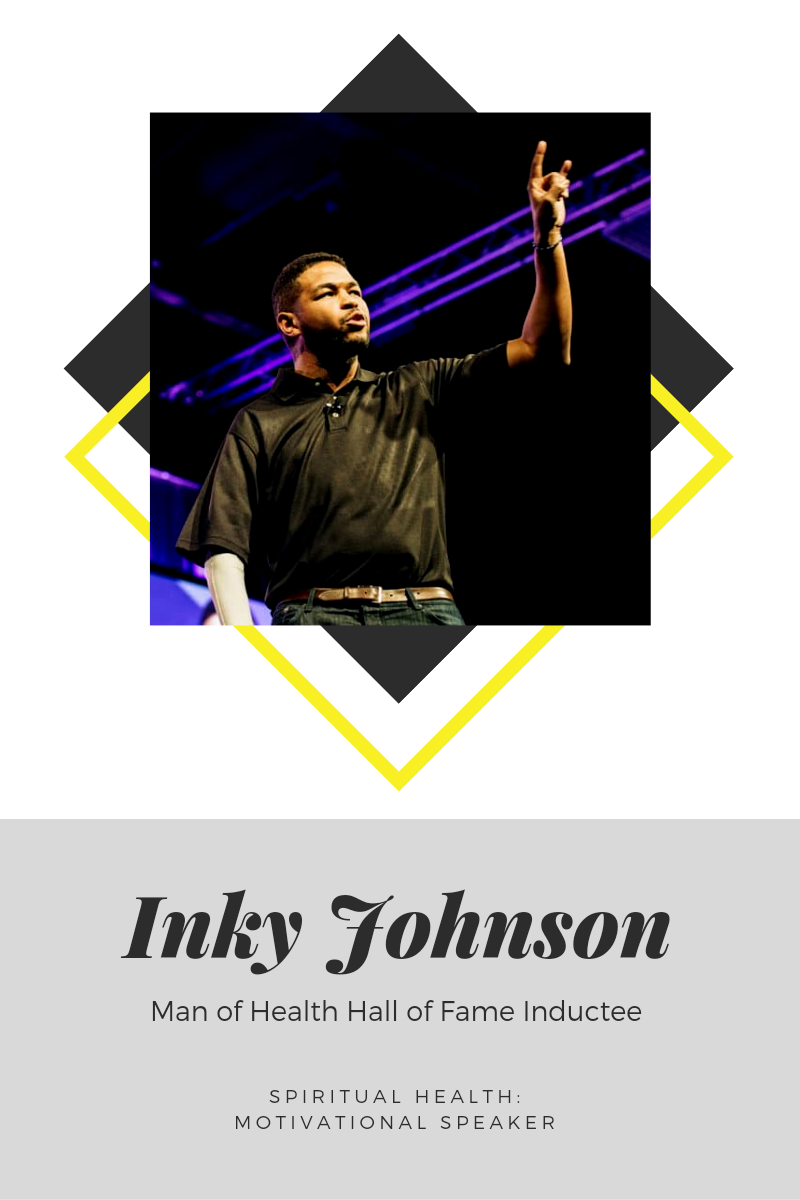 Men I want to introduce another Man of Health Hall of Famer. The guy we’re letting into the hall is Mr. Inky Johnson. Inky is one of the best motivational speakers in the world. He has a great story and a great delivery that captures his audiences heart and mind.

Inky Johnson was born in Atlanta, Ga.  He tells his story of growing up in a 2 bedroom house with 14 other people staying there.

Inky discusses his dream of becoming a NFL player, so he can take care of his mom. Inky was a stand out star for the University of Tennessee as a cornerback. He played so well he became a projected pick in the NFL draft.  In a game against Air Force Academy, Inky suffered a life threatening injury. He ruptured his subclavian artery in his chest and tore his shoulder ligaments.

Inky had to be rushed to emergency surgery where he was told his life was on the line. He made it through surgery, but was told he would never play football again. He was literally 8 games away from accomplishing his goal of becoming an NFL player. During the injury Inky’s right arm became paralyzed.

While most people would have succumbed to the feeling of self-pity. Inky rose above. He received a Masters degree in psychology from the University of Tennessee. He began doing speaking engagements and became one of the best motivational speakers in the world.

I don’t even think it’s a question of his Man of Health Hall of Fame status. Inky represents strong will and dedication. He went from a career and life threatening injury to becoming one of the best motivational speakers in the world. Inky’s story of tragedy to triumph is amazing.

Inky has helped countless men overcome spiritual issues all over the world. He is a man of faith and a Man of Health, so Mr. Inky Johnson we want to welcome you to the Man of Health Hall of Fame.

Why every man should be eating Bacteria… Probiotics